A hectic day on the Laissez Faire in July 1967 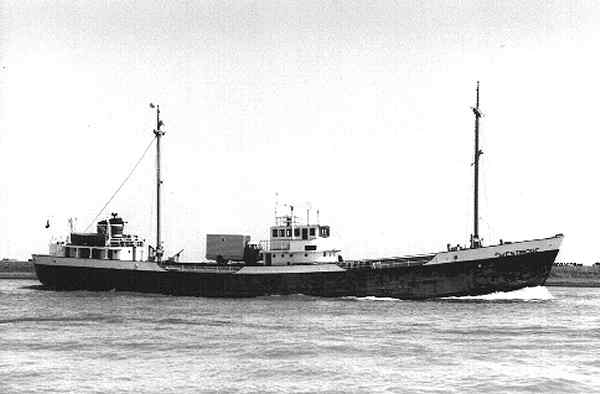 If we go back in our memories and think about how many live performances there were on Offshore Radio in the sixties we only need some fingers to count. Of course the diehards know that Jimmy Smith was to be heard live at the deck from the MV Mi Amigo in the early days of Radio Caroline. Not all knew this, including Radio 355 presenter Alan Black as he mentioned in his program that soon the worlds very first live concert from a radio ship would take place from the world famous �American� guitarist Jos� Feliciano. It was in July 1967 that this happened.

The next is what is mentioned about the live concert on The Pirate Hall of Fame: �Although almost all the music was played from record, there was one live session when American singer Jos� Feliciano visited the ship in July 1967. The studio was not big enough for the singer to perform so some microphones were set up in DJ John Aston's cabin. Jos�'s live set was broadcast on both Radio 355 and 227. This was only the second live music session on an offshore station, the first being Jimmy Smith's performance on Caroline South two years before.� [Jon Myer added: "I think the broadcast of the session on the 8th July was a repeat. If you listen to the recording of Mark Sloane on the 8th he refers to the concert having taken place "last Monday" and being repeated after his show. So I think the actual date of the session was 3rd July. This is confirmed by Mike Leonard's book "From International Waters".]

Alan Black as well Tony Windsor presented the program on Radio 355 as Dutch deejay Tom Collins was responsible for the announcements on the sister station Radio 227. It was only a short performance but it had impact on the deejays as they made something special with a live mini concert from a radioship, something which would happen also only a few times in the seventies of last century. Next to a couple of questions

in the direction of the singer, he performed some songs as well he sung a �We�ve a swinging time on Radio 355� jingle.

Photo: Tom Collins on board the Laissez Faire

Alan Black mentioned that the arrival of the American singer came almost unexpected to the lads onboard the Laissez Faire. Indeed it became only known hours before the transmissions. Jos� Feliciano, who is totally blind, arrived on London�s Heathrow that year getting severe problems as his dog was not allowed due to quarantine restrictions. At a later stage he wrote a special song �No dogs allowed� about this happening. He came to Great Britain for some performances and a promotional tour. One of the special promotion was to visit the people aboard the MV Galaxy, the radioship from Radio London. The people in the office, at Mayfair�s Curzon�s street, had no problems with the blind singer visiting the ship. Also the people at the Wijsmuller Company, responsible for tendering the MV Galaxy, had no problem at all with taking the singer out to the MV Galaxy. However when the on duty Captain heard about it some days

before it would happen, he refused allowance to the Jos� Feliciano party, who was accompanied by his personal secretary and some people from the record company.

In the meantime a press conference was held by Feliciano where several people could also ask him for interview time. Alan Black did go for an interview for Radio 355 but unlucky his recorder failed to record the interview. As the tendercompany, with their headoffice in Baarn Holland, also had a tendering contract with Carstead Advertising Ltd, owners of Radio 355, a decision was made at the last moment to bring the party aboard the tender Offshore 2 for a trip to the Laissez Faire, to do another interview and a life performance.

was born in Puerto Rico in 1945 and moved to New York in his youth. From 1962 on he performed with guitar a mixture of Spanish and American music in folkclubs. He signed a contract with RCA in 1963 and recorded a single called �Everybody do the click�, before recording an impressive debut album called �The Voice and Guitar of Jos� Feliciano�. It would take another four years before another album with big sales around the world was released: �Feliciano�, although the 1966 release of �Bagful of soul� is a album filled with folk, rock and soul and a original copy is a collectors item. In 1968 he had huge worldwide success with his take on The Doors' 'Light My Fire'. That and his 1970 composition 'Feliz Navidad' would propel him into wide-spread fame through the next decade and beyond. Through the past four decades he renewed contracts with RCA as well as recording for companies as Motown, Latino, EMI and Polygram.

Now, more than 40 years later, a photograph was sent to me by one of the presenters of the little special on the two sister stations Radio 355 and Radio 227, Tom Collins. You see the party arriving alongside the Laissez Faire and Jos� helped by the crew climbing aboard on the Laissez Faire on July 3rd 1967.

Some ten years ago it was Dick Weeda, one of the other presenters from Radio 227, who wrote down his memories about the Feliciano visit in Dutch: �During the last weeks from Radio 227 singer and guitarist Jos� Feliciano visited the transmitting vessel. It was about two weeks before the station left the air forever. We at Radio 227 as well as Radio 355 brought a world exclusive by having Jos� on both stations on the air for a live performance on international waters. It was Alan Black, deejay on Radio 355, who tried to interview the singer in London, but his recorder failed. Feliciano thought Alan Black was very sympathic and listened to his story about radio from a ship. Possibly Feliciano loved the romantic stories he heard from Alan and offered a free concert on the Laissez Faire. And so Feliciano, followed by his personal secretary as well as some other people, went to the harbour of Harwich to get on the tender, which brought normally the deejays and crew out to the ships in international waters.

Not only Feliciano is a blind person but also partly physical handicapped and where normally the deejays and crew got onboard the Laissez Faire by rope-ladder Feliciano had to be hoisted on the deck through a manhole and manoeuvred into a temporary studio, one of the deejays cabins. This as the studio was too small. I think the concert was quit nice and we all had fun, but not for long.�

Weeda went on writing as there was happening more during that very day Feliciano and his people visited the radioship. Weeda again: �During the time Jos� was on the ship it was our Radio 227 deejay John van Doren to make it hot to the secretary to get her in his cabin. He didn�t succeed but she promised to go out with him one day in London. In the meantime the Dutch crew on the Laissez Faire made a little party together with the crewmembers from the tender Offshore 2. On the tender there was a lot of tax free alcoholic drinks. Next to that on the Laissez Faire there were other regulations as the on duty captain only gave three cans of beer pro person a day. Between the British deejays onboard and the Dutch crew it was not always �peace� as the Dutch thought always they were the superior seamen.
At a certain moment, when the concert was done, Jos� was taken back to the tender and also the secretary and other persons had left the Laissez Faire. However two of the Dutch crew members didn�t want to leave the tender. After the last captain�s summon one of the two crewmembers tried to climb from the tender up to the Laissez Faire, although he was very drunk. He had such an heavy aggressive behaviour that he wanted to attack the captain on the radio ship. Lucky this one succeeded in giving the crewmember a kind of karate kick and after that the crewmember, Jan, felled down. Lucky enough for him he came down at the small corridor next to the rail. In stead of keep himself �dead� he shaked his head and seemed to be totally sober and ready for another attack. Lucky enough there were two cooks in the neighbourhood to overpower him and lock him into one of the cabins. During the night again the tender came out to the Laissez Faire to bring this very costly freight back to shore, after which rest again ruled on the radio ship.�

A couple of days later the interview with Jos� Feliciano was repeated on Radio 355 as well as Radio 227 and they could say at that stage: Another World�s First as that was realy the first time a live performance from an artist on a radio ship was repeated on the air for the very first time.