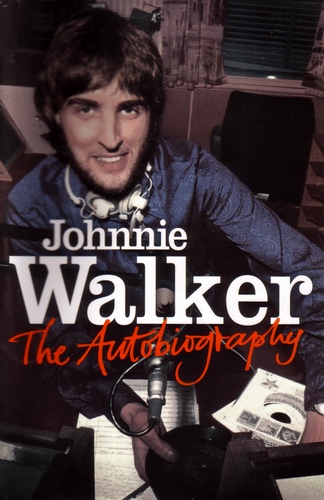 From 1966 on, the voice of Johnnie Walker could be heard over the air waves. Staying faithfull to his own tastes and opinions, the deejay served millions of listeners their favourite music on stations like Radio Caroline, BBC Radio 1 and BBC Radio 2. Now, after all those years, Walker has written his autobiography. Hans Knot rose to the occasion to review the book even before he finished reading it.

Changing names. At this moment there are two books lying on my desk. The first one is titled Catch a wave. The rise, fall and redemption of the Beach Boys, written by Brian Wilson and Peter Ames Carlin. As indicated by its title, the book describes the life and work of the Beach Boys. I started to read the book some three weeks ago, just when I heard that my all-time favourite Brian Wilson will shortly be heading to Groningen for a one-time concert in June. Maybe Roger Day will be a bit jealous about me seeing Brian Wilson in concert again. How much I'm anticipating the concert, though, the book itself is a terrible read. As I don't have too much time to read, it's also very easy to put it book aside ow and again. It seems composing music is far better job for Brian Wilson than writing a book. After all those weeks, up till now I've only arrived at page 48.

The second book, however, is something quite different. It's the story of Peter Dingley, born on Good Friday, March 30, 1945, in Solihull near Birmingham. Peter was one of five children in a family where it seemed that there was not too much affection and it was also common that feelings had to be kept hidden. The book tells the story of Peter learning at a young age what Rock and Roll Music was and is, thanks to his brother John. I found this book in my post-box this very morning and in just over an hour time I arrived at page 53, where this same Peter for the second time gets a new name. This time it is a name, Johnnie Walker, which will make him very famous and beloved by millions of people, not only in his native country Great Britain but also outside the UK borders.

Playing records. Dingsley's autobiography is the life story of a lad growing up in the 1950's and the early 1960's, similar to so many other stories from people, now in their mid-fifties or early sixties. Like many young people in those days, Peter Dingley heard something special in the American music that could be heard on the radio: the promises of freedom and self-expression. His time at school time was not the one he loved because it was partly dominated by corporal punishment. The wish to obtain some personal possesions, like the Philips tape recorder he saw so many times in a local job, brought him to the first job. During a summer holiday he worked at Harris & Sons Brass Founder.

From the money he earned, he bought his beloved Philips Recorder. A dream came true as with the recorder, he now could record his favourite radio program at the time: Pick of the Pops with Alan Freeman at the BBC. What a luck Freeman didn't talked through the music. Peter used the recorded songs for his bedroom radio shows. All in all it was noit that different from what so many other young guys in the late 1950's and early 1960's did. For one thing, it as if read a part of my own life story. But Peter Dingley had to study on, though with bad results and he had to quit school with an order from his dad to leave the house and to get a job in family circles. He moved far away from Birmingham to Glouchester. There he found a job in a local garage where he could do a six-year track to become a garage manager.

These six years also would not be completed as Peter Dingley, at age 17, decided to go back to Solihull to find a new job and, see more regularly his girlfriend Ingrid. She however was too impressed by a car from another guy and Peter thought some pints and a whiskey and more were the best to drink his girl lost away. However, when getting home, he didn't think about the fact he had to start his new job at Patrick Motors the next day. A day too late he started work on the new job, but still Peter seemed to be unhappy. It was then that Peter Dingley decided to take a "one evening a week job" at a well known Locarno Ballroom where he was allowed to play records in the Bali Hair Bar at Friday evenings. For the job he adopted a new name, Peter Dee, his second name.

By another person he became in contact with a guy who led him to other deejay jobs and at one stage, next to the work at Patrick Motors, he played records at four different venues during four evenings a week. It could not work out well doing two jobs at the time and his boss at the garage decided that Peter had to make a decision: "Either the garage or the deejay thing." Two weeks time, he got for taking a decision, but our Peter Dee knew what he wanted, which was becoming famous as a deejay.

The birth of Johnnie Walker. Some month earlier, Peter had taken a day off from his work to take the train to Paddington Station in London, from where a cab brought him to posh May Fair. The reason was that deejay Don Wardell of Radio Luxembourg had given him the advice to do an audition at the station loved by so many youngsters in Western Europe. Very nervous our Peter went into the Luxembourg building at Hertfordstreet, expecting a deejay studio. Producer Eggy Lance gave him the opportunity to play a record or four using a script Peter wrote on forehand. However the deejay studio seemed like a concert studio and Pete failed doing a proper job. Eggy led him out of the Luxembourg building using the words: "You'll never be a deejay as long as you live. You just haven't got the personality for it. I'll show you out!"

What I must not forget to mention is that our poor Peter wasn't led out of the building at the front door but was kicked out of the backdoor. Where would his future be? Was there any possibility that he could get a second chance? I'm now only at page 53 of this new book, released by Penguin Books, and I can promise there is a lot more to read in the next pages. At exactly page 53 you will learn how Peter acquiered his third name when he learned by an article in the Daily Mail of the arrival of a new, American runned, radio project. This was the project that would change his life. Swinging Radio England would start in 1966 and, at the same, announce the arrival of Johnnie Walker. This time Peter's luck turned the right way and the name Johnnie Walker would cling to him, while he became a famous deejay.

We're now 41 years later and Johnnie Walker has been and still is an inspiration for many people. He now is one of the best-known and most beloved broadcasters in Britain. The charismatic BBC Radio 2 Drive Time DJ has achieved legendary status with a hugely loyal following, thanks to his tireless pioneering of new music, his warm and passionate personality and his soothing voice. But Walker, in his early days, is also the man  together with Robbie Dale  who learnt us how to fight for freedom breaking the Marine Offences Act in August 1967. He learned us to kiss in the car, while he Flashed on Frinton. He went to the USA to get a hugh listenership on KSAN in San Francisco on a higher level.

All these things he has done from his heart. Johnnie's personal live was also one with ups and downs with some very nasty happenings. For instance, when some undercover journalists made a front page story about Walker snorting cocaine. In his autobiography Johnnie tells about his whole live, his experiences in personal life, his radio career, his fight against cancer and his spiritual awakening.

A recommended buy. The 406 pages thick autobiography of Johnnie Walker shows us a very honest and open person, who isn't afraid anymore to tell, next to the happy part of his life, the sad things. The book will be released on May 31st 2007. I fully recommend you buying this wonderful new book for your personal library of radio books and I advice it to put it on a shelf at eye heighth so you can take it out over and over again to have a perfect read. 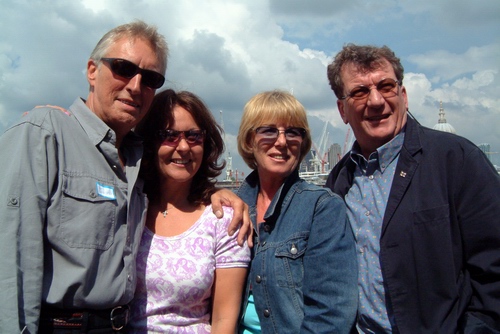 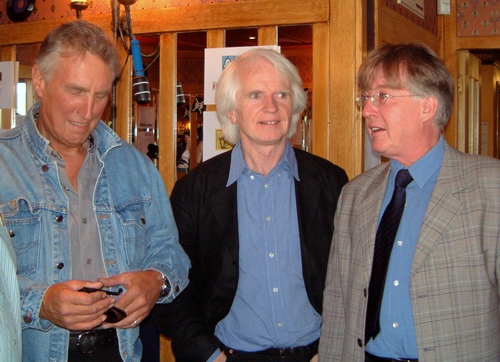 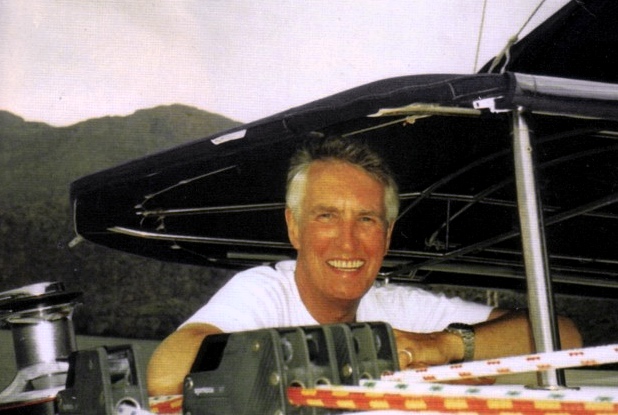