Some weeks ago a lot of photos were rescued from the cellar of the Foundation for Media Communication. Photos taken during three decades. 75% of them were traced or, in other words, had a name of the maker of the photographs. The other ones I've tried to get a name of the maker. But not all were found. You'll find some exclusive photos never been published before, which have been taken in 1977 when the MEBO II, former radioship of RNI, finally left Slikkerveer harbour, heading for a new position off the Libyan coast. When finding these photos it occured to me that there was a familiar face. With new scanning techniques it was possible to enlarge the person. Well I thought I was right and sent her an e-mail with the question if she was there in Rotterdam in 1977. She wrote me back she was and so on one of the photographs you'll see the woman with the long hair which is the former Radio Caroline secratary in the early seventies in Scheveningen and the Hague, Elija or Cornelia van den Berg. If you think you've also some unique photo's never published before, let me know at hans.knot@gmail.com. 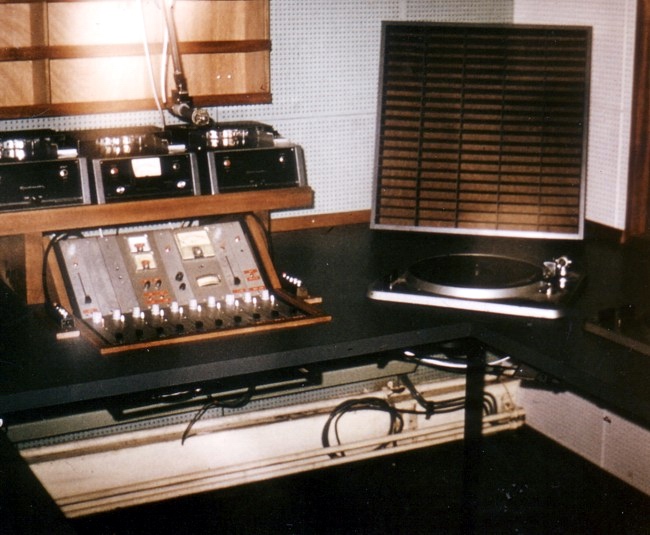 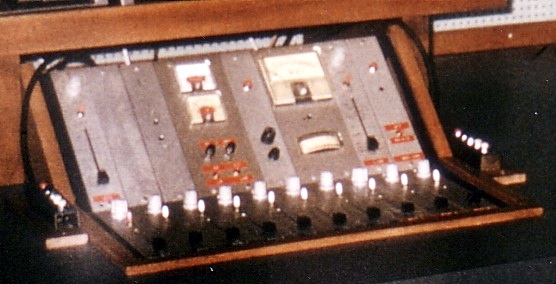 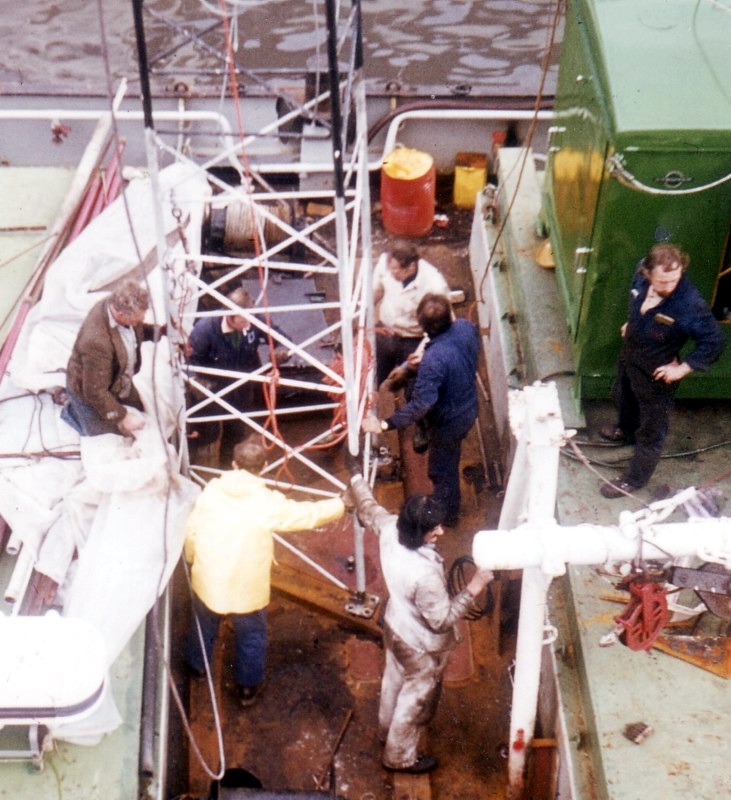 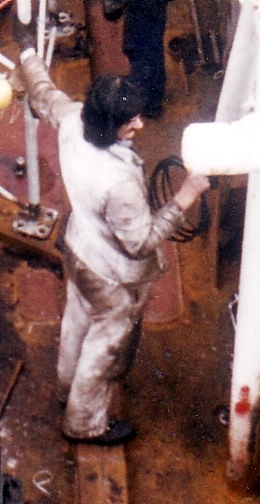 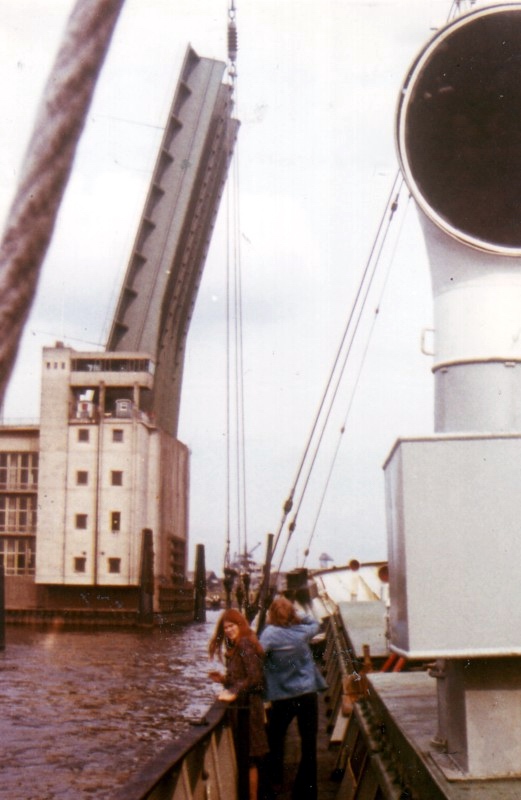 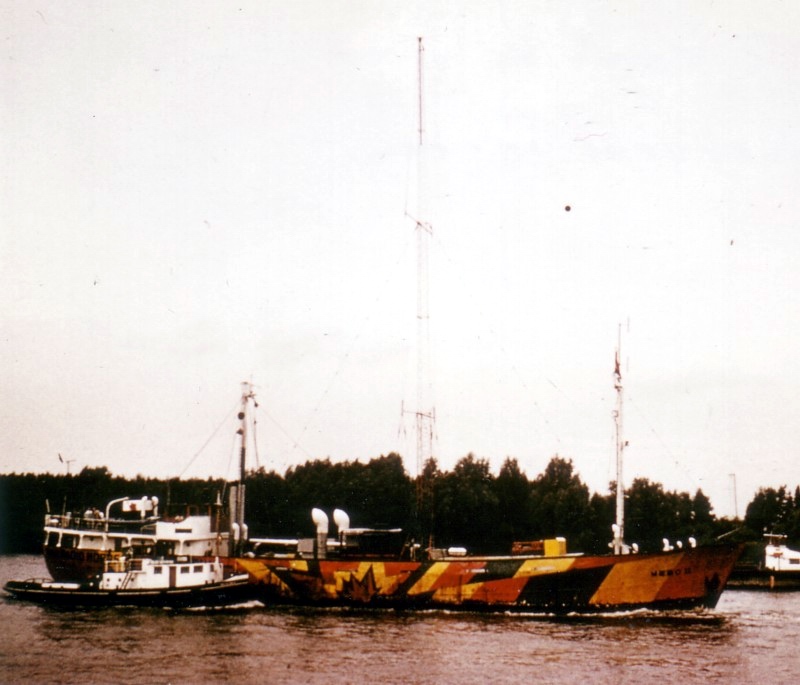 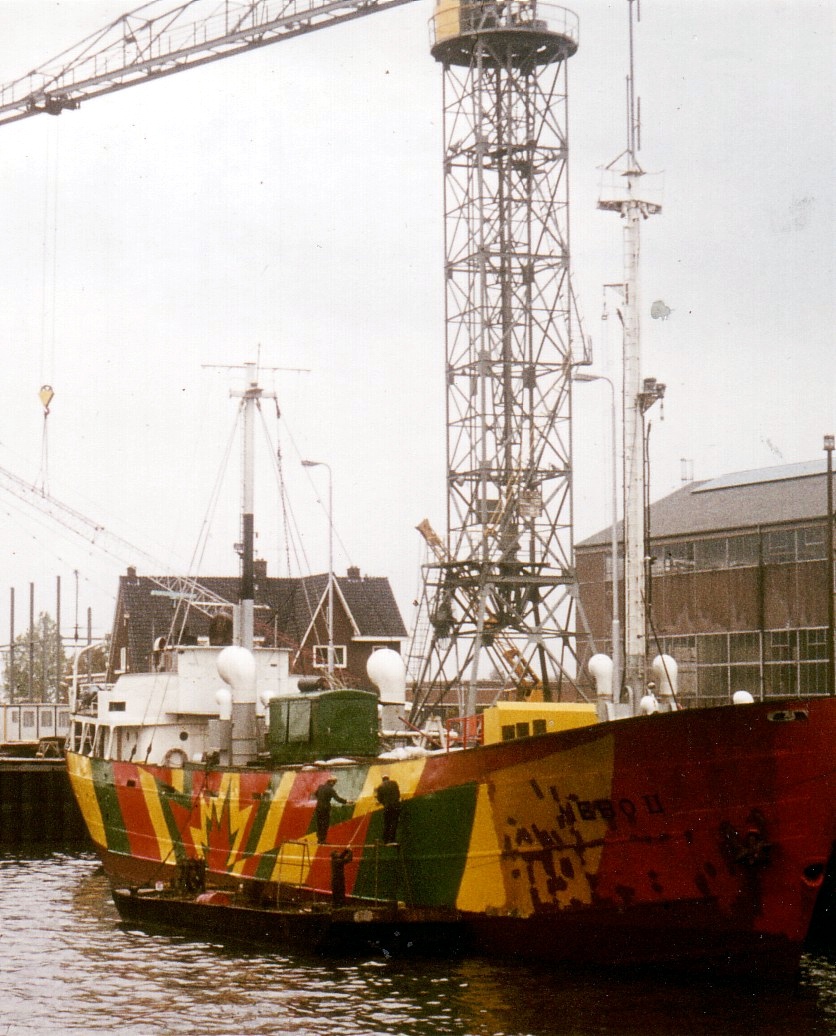 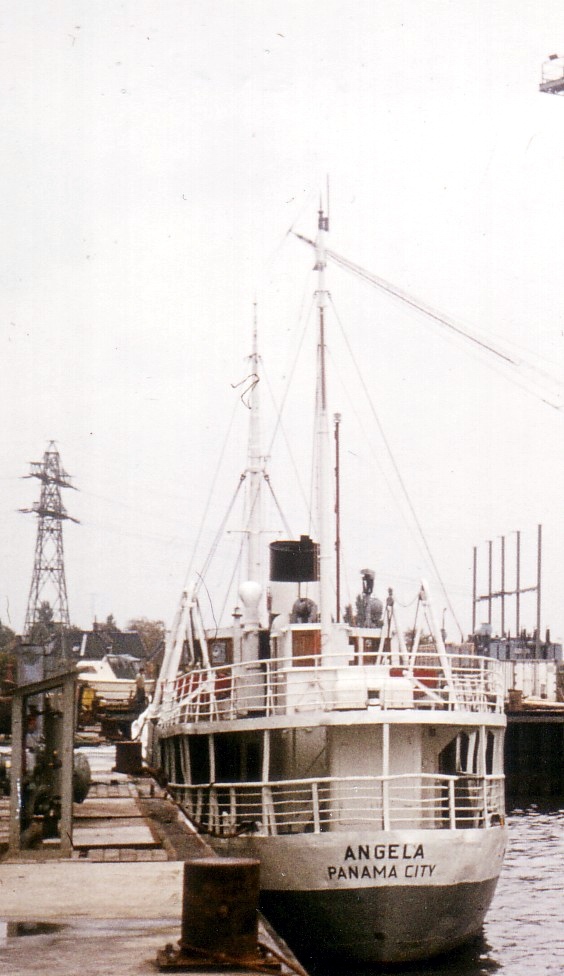 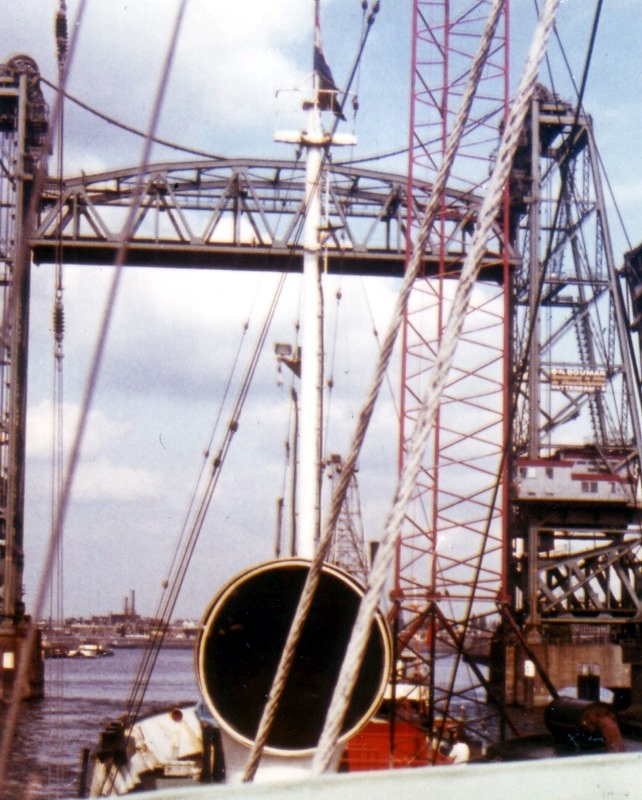