From Radio Nord to Radio Atlanta

Radio Nord was a part of radio history in Sweden when it beamed on 495 metres from international waters a commercial radio program 24 hours a day from 8th of February 1961 till June 30th 1962. Always in publications its mentioned that the radio ship Bon Jour, which was used by the Radio Nord organisation, left the Baltic Sea and was next heading out for the North Sea. Also mentioned is the the ship was arriving in El Ferrol in Spain, August 2nd 1962. But was there more to be told about the whereabouts of the radio ship later that year? 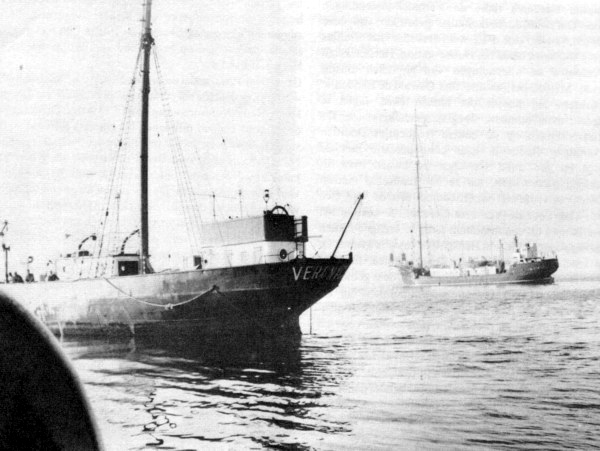 The answer is here and can be found in my own publication from 1993 which was called: History on Offshore Radio 1907-1973. About Pioneers, Failures and Thumb suckers published by the Foundation for Media Communication in Amsterdam, the Netherlands.

Early October 1962 Dutch newspapers mentioned there was another radioship anchored not far away from the Borkum Riff, the then radioship for Radio Veronica. It was painted with a new colour in soft green and seemed to be the former Radio Nord vessel Bon Jour, which stopped her programming off the Swedish coast, due to a law brought in against 'offshore radio'. Research done at the time brought also the news that a new registration was made at Lloyds offices in London under the name 'Magda Maria'. One journalist was with a small ship near the Magda Maria and wrote that there were nine persons on the ship, a Swedish radio technician and 8 people from Poland. The captain told the newspaperman the ship was only temporary anchored off the Dutch coast and would steam up for New York soon. In no way, this Polish captain, wanted to give information about the identity of those on the radio ship.

Rumours were floating as another newspaper wrote that not only a party of Belgian businesspeople were interested but also from Holland. The transmitters on the former Radio Nord ship were not used off the Dutch coast and the Dutch authority PTT announced that as long as not transmitter was on not an official visit would be taken to the ship.

A few days later the newspapers mentioned that the vessel would probably be used as a television ship for the Veronica organisation. Veronica director Verwey however mentioned there was not any contact with the Swedish owners and also no plans for television transmissions from the North Sea. ' If we would like to start commercial television we would need a far much bigger ship than the Bon Jour.

Reason he wanted to be in silence was that he worked under a British certificate and he disliked the idea to be in problems while working on a former Offshore Radio Ship, from which the future was for him and many more still a miracle. But the journalist was a professional one and went on with a lot of questions. Captain X told him that at least one person from Holland showed interested in the ship and had been aboard the Magda Maria with the aim to purchase the former Bon Jour. He hadnt too much information about the ideas his backers had to buy the ship and we kept our mouth as much as possible, as we promised this to our bosses. Our shipping agency is Mr. Dirkzwager at Maassluis and he can eventually deal with people interested. 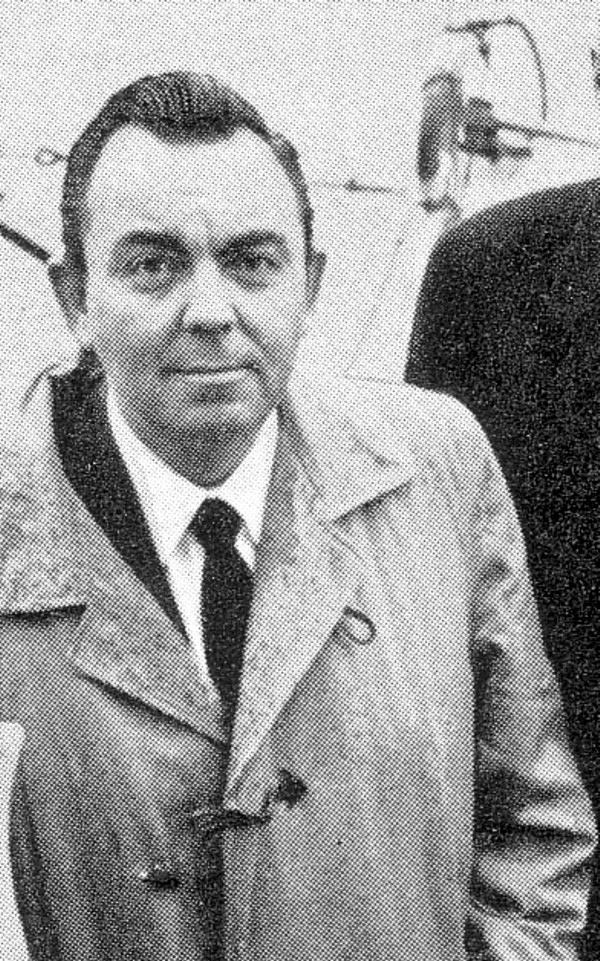 More news followed on October 18th 1962 some Dutch newspapers came with a totally other story as it was mentioned that the ship was sold to the government of Cuba with the aim to transmit propaganda programs off the American coast. One of the newspapers asked the interested Dutch interested and anonymous person for comment: Its ridiculous, Ive been on the ship just days ago and told the owners Im very interested to buy the ship, rebuilt it as a competitor to Radio Veronica. And if not successful I would do a second try off the British Coast.

The Dutchmen also told that he had contact, versus Mr. Dirkzwager, with the owner of the former Bon Jour. I was mentioned a name of a person in Germany and the guy told me the ship was for sale, completely with transmitter and equipment, for 350.000 Dutch guilders. I told by phone that this bid was too high and we were willing to start a cooperative station with the owner. 

A day later, October 19th, owners gave the captain order to leave the anchor position and to head for Spain. This as the radio ship got too much attention in the press. But just two days later a local newspaper from Ostend in Belgium mentioned that the Magda Maria entered the harbour of the town. Also they told the ship had transmitted a few years long radio programs to the people in Denmark but the owners were too afraid for Swedish authorities and a law became active to take action against the station.

It lasted almost a month before again the newspaper in Belgium wrote about the project. November 16th it was mentioned that a mysterious phone call came in that within four weeks the Magda Maria would be the house for transmissions aimed at a Flemish public and TV transmissions would follow in February 1963. The journalist from the newspaper found out that versus shipping agency Ruys and Company in Zeebrugge the owner became known as Deco Company from Liechtenstein. A spokesman from this mentioned that no proposed plans would be mentioned to the press and that the Polish captain as well as the crewmembers got the order to be silence as much as possible.

Again days later Dutch press brought the news that a Dutch and two American people got interested in buying the ship whereby two names, Weaver and De Jong were published. The later one mentioned that the ships papers would be ready in a foreign country within weeks and the ship would anchored off the Flemish coast. Transmissions would start at FM as well as AM with 605 on the dial as the first to start. The radioship is in a very good condition and it can find a position off the coast on own power. We have a lot of American money involved and the new station can be a hugh European success.

Two days later an other Flemish newspapers denied the report and stated: An international agreement tells that every ship, whether it is a radio or normal cargo ship, should get an overall maintenance every two years. Therefore this was the only reason the Magda Maria was in Ostend. First it was tried to get the maintenance in Hamburg. There was no place then in the harbour and above that the prices were too high. Strange enough Dutch newspaper Telegraaf mentioned that due to financial problems the owners would possible go for the option scrap in Spain, as the future was economically to unsafe.

Going more and more in depth regarding what had happened to the former Radio Nord ship I can tell you that next early December is was written that the former Bon Jour, then Magda Maria, would be heading for America where the radio ship would be used as a base for a radio station called KRKU in Houston. But a day later Het Laatste Nieuws (The latest news) mentioned the radio ship would be anchored off the French coast to start transmissions on December 18th. The station can be received within a radius of 360 kilometres. The ship has now 2 AM transmitters, each 10 kW and the aerial system is 42 metres while the Magda Maria is now registrated in Panama. 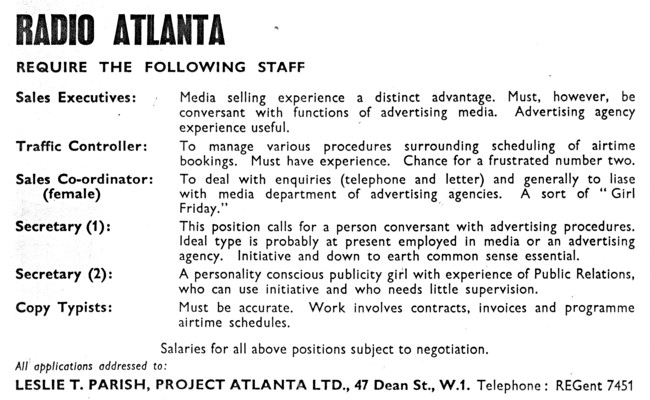 Earlier mentioned company Deco from Liechtenstein was run by Mr. Thompson from Texas USA (see picture). When a journalist contacted the company a spokesman once again brought the journalist in astonishment by telling him the ship was sold to a very rich Englishman, Mr. Burmann, who had paid 15 million Belgian Francs for the radio ship, including the equipment. It would be the same guy who was co owner of Radio Normandy in the thirties of last century. He has signed the Convention of Kopenhagen in those days, which  so wrote the journalist from newspaper, was enough for him still to use legally a frequency.

From that last message it all felt silence and no more news was brought about the ship off the Dutch coast. It appeared later that the ship had left to sail the Atlantic to the USA. It took almost a year before more was heard about the radio ship. Late 1963 the first short messages about the Bon Jour (Magda Maria), renamed MV Mi Amigo appeared in which was told the ship would go to the harbour of Greenore as it was bought by a British organisation, headed by Alan Crawford. After rebuilding the ship would became Radio Atlanta.

Of course there are in my archive several newspaper cuts and an official rate card regarding Radio Atlanta. On April 28th 1964 is was the Newcastle Evening Chronicle, which mentioned: Radio Atlanta, the new commercial radio ship which has taken up station off Frinton-on-Sea Essex, expects its transmissions on 197 metre band to reach as far north as Durham and New Castle. It will be beamed particularly on an area from Bournemouth to the Wash. The ship, the MV Mi Amigo, has a Dutch skipper. She was fitted out in Greenore Ireland and has a Panamanian flag. She is in fact the old Radio Nord, which was banned by the Swedish government under a law which say the sponsors of the present venture has since been deemed unconstitutional. Soon a team of disc jockeys will be broadcasting to 14.000.000 listeners in Great Britain, it is claimed. Eventually transmissions throughout 24 hours a day are planned. We have talked to lawyers here and abroad said Alan Crawford, managing director of the company. And they also say isnt not illegal to listen to us and that, in their opinion we are not unauthorised. The Bon Jour made it from Magda Maria to MV Mi Amigo and housed for some months Radio Atlanta. Then a merger took place with the Caroline organisation and the rest is history.